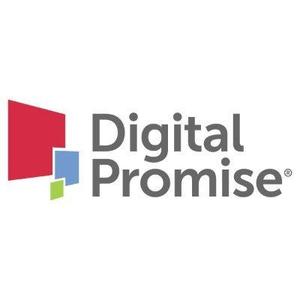 It’s one of 28 districts across the nation that were accepted into the prestigious educational organization this year.

The South Allegheny School District announced Monday that it will be joining the Digital Promise League of Innovative Schools, a network of like-minded and creative districts from all over the United States.

South Allegheny was accepted into the national coalition after being selected from a competitive pool of applicants based on “educational leadership, demonstrated commitment to equity and excellence, innovative vision for learning and key achievements,” according to a press release from Digital Promise.

“We really felt like all of the work that we had done at South Allegheny over the last couple of years aligned us to go through the process and throw our hat in the ring, so that’s really what we did,” South Allegheny Interim Superintendent David McDonald said.

The selection process was rigorous, but McDonald and former Superintendent Dr. Lisa Duval remained confident in the entire district’s hard work and sacrifice.

“We went through the application process, and then we crossed that first step which led to an interview with one of the league members,” McDonald said. “They asked some questions and confirmed what we’re doing for our kids on a daily basis at South Allegheny and what our vision is moving forward. After that personal interview, we were excited to learn that we were selected.”

Members of the Digital Promise League, which was formed in 2011 under the direction of President Barack Obama and the United States Department of Education, commit to sending their superintendents to biannual group meetings, league cohorts and research and development pilots and entrepreneurial education-product development efforts.

McDonald is honored by the selection and said he could not have pulled this off by himself. He offered praise for everyone in the district who was involved in not only being chosen to represent an esteemed group, but also to make South Allegheny’s entire district run smoothly on a daily basis.

“This is great from a leadership and district standpoint, but this is a team award,” McDonald said. “This is about all the great things that our facility and our staff are doing for our kids every day. Our teachers and our board deserve a lot of credit because I’m trying to point them in the right direction, but it’s our board and our teachers that make that happen.”

For McDonald, the most important aspect of this is the students. With his district representing a melting pot of kids from different backgrounds, he was ecstatic to reward them with an opportunity like this.

“For us to continue to provide an innovative educational atmosphere for our kids in our four boroughs of Glassport, Lincoln, Port Vue and Liberty, it’s incredible. Our kids deserve it.” It remains to be seen how these new developments will affect the district, but it’s clear that South Allegheny is taking steps in a positive direction. The district will be formally welcomed to the coalition from Oct. 19-21 in Los Angeles.